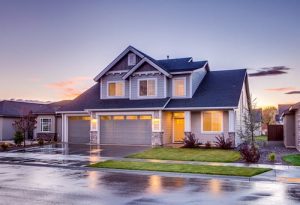 An often over looked way to reduce the tax paid on the sale of a former home is to use the six year absence rule.

The net rent you receive is assessable (or deductible if negatively geared) but the gain itself can be disregarded.

However, you must take care when choosing to use this method when you live in another home.  One is only entitled to one principal residence (family home) exemption so choose carefully

We would welcome the opportunity to discuss what is best for you.  We welcome your call.

Non-residents have a house sized problem ahead!

The bill to deny non-residents the principal residence (family home) Capital Gains Tax (CGT) exemption that elapsed before the May Federal election has now been reintroduced and passed by Parliament.

What this means that if an Australian working overseas sells their former home, they will pay tax on the entire gain.  There will be no reduction for either:-

And was non-residents tax on the first dollar at a tax rate of 32.5%, this could equate to a huge tax bill.

Yes, it doesn’t matter how long you lived in the property, a former resident will pay tax on the whole gain.  And they will do so at comparatively high tax rates.

So, let’s take an example of Fred, a born and bred Australian who decides to sell their former Melbourne home of say 12 years and decides to buy a home in London where they have been for living for the last three years:-

There are two important carve-outs:-

Full analysis of this new law is currently light on the ground .  We do however invite any query you may have.